As I’ve mentioned in other posts before, this convention is quite possibly the best show outside of San Diego Comic Con in the west coast. The only other show that may surpass it is Emerald City Comic Con in Washington. ECCC does tend to bring in big publishers such as Marvel, Image and IDW. But a Stan Lee branded convention definitely allows it to stand out from the rest. Even from SDCC. 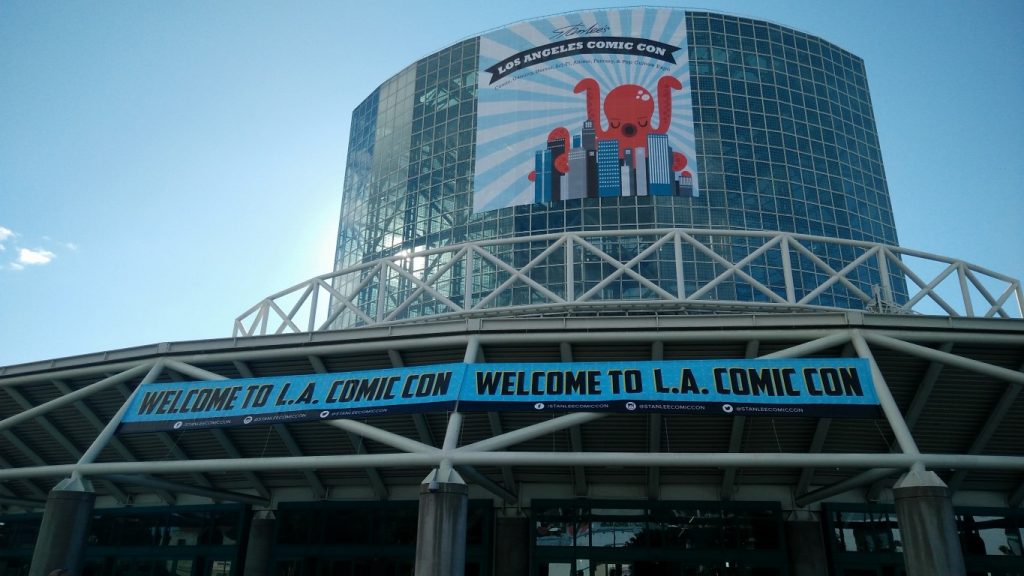 There’s no such thing as too much Stan Lee

Stan Lee isn’t just the brand that gets tagged in LACC, he’s the heart of the show. I don’t believe there’s any other show in the country that Stan Lee is more physically and heavily involved in. Sure Stan may be signing a couple hours a day. Or maybe he attends 1-2 panels. But in LACC, Stan is both the guest of honor and also the pleasant surprise that randomly pops in and out of several panels. Stan hijacking your panel is the best possible outcome for anyone. Both for guests and attendees. 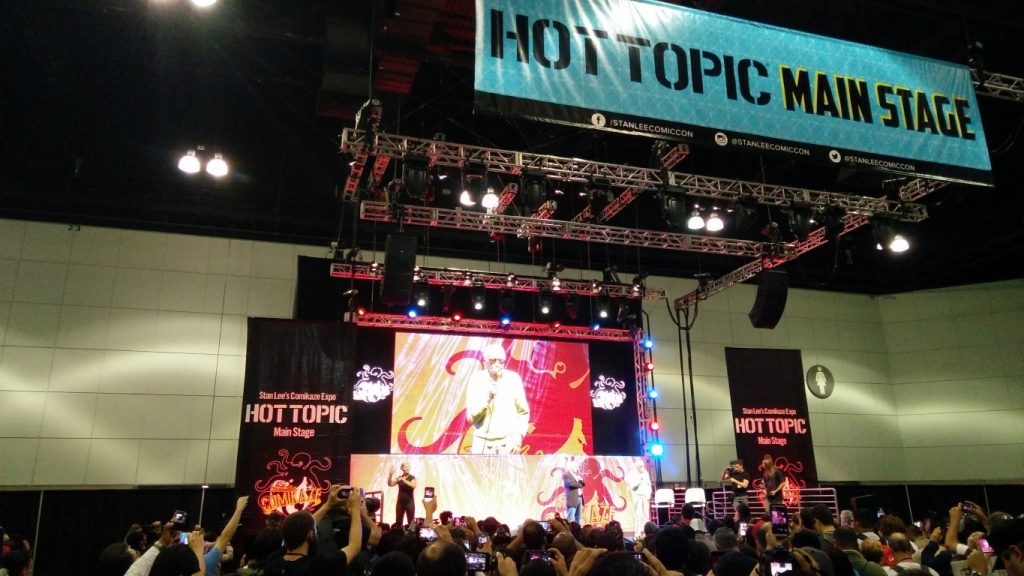 One of the main differences between ECCC and LACC is that LACC lacks all the large publishers. Even Marvel. The biggest publisher is probably Top Cow Productions, founded by Marc Silvestri. Even then, it had at most a 2 table booth. But that’s a good thing. LACC filled the main floor with indie and professional creators and artists. I would say at least a third of the main floor is just that. Another third dedicated to sellers of toys and comics. And the final third to the main stage and signing booths. I felt this was a healthy mix. Even with a record 91,000 attendees, the show felt crowded, but not SDCC crowded. You could always find a place to sit and take a break.

If you attended last years Comikaze, you’d know that they moved the main stage to one of the side halls. Along with the signing booths and several creator booths. It felt weird and disconnected. In 2014, the main stage was in the center of the main floor. It was very convenient to be able to walk around and check out booths, and at any moment, easily join the main stage when you hear Stan Lee’s voice. This year, they moved the main stage back on the main floor. However it was on one of the ends of the main floor. It still made it very easy to join any panel at a moments notice. I’m glad they brought it back. Of course, taking main floor real estate, all panels there had to be standing room only. But honestly, with such good content, I found it hard to complain. It made moving in and out of panels very fluid. 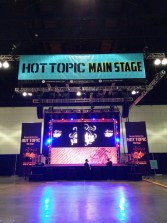 Outside of Stan Lee, there were quite a few special guests. The biggest being Mike Colter, the star of Netflix’s Luke Cage. Other headliners being the legendary Neal Adams and Rob Liefeld, creator of Deadpool. LA Comic Con also had several smaller B and C list special guests. From Austin St.John (Red Ranger) to Veronica Taylor (original American voice of Ash Ketchum). From Walter Koenig (Chekov of Star Trek) to the Comic Book Men.  The great thing is that there’s something for every fan person. They’re all signing and taking pictures. And the signing booths were busy but not crazy. So if you finally wanted to take a picture with Candince Patton (Iris West of The Flash), you don’t have to waste half your day.

Ok, not really a phenomenon. I’m just floored by how numerous and popular they’ve become. I believe it has a lot to do with the Lootcrate craze. Others decided it would be profitable to piggyback on their success. I honestly think it’s reached a tipping point. All they mystery boxes are the same. The thing with mystery boxes is that attendees don’t usually buy multiple of them. And as a mystery box seller, you’d have to be extremely popular to be successful. I can’t imagine margins per box being very high. However, Lootcrate does do this well. 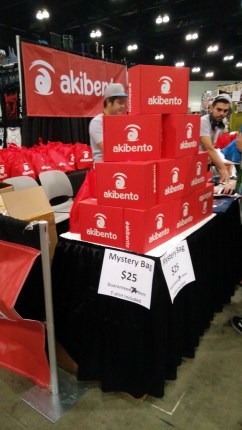 LACC holds the National “Championships” of cosplay. To enter, you have to sign up. That’s basically it. But it’s all in good fun. The judges are all experienced cosplayers and some of the entries are truly bad-ass. We’ll be putting up a cosplay round up real soon to highlight the best cosplay we’ve encountered. Outside of the contest, the cosplay showing was extremely strong. Lots of Deadpool, Harley Quinn, Storm Troopers, etc. Very predictable. One of the new cosplays I noticed were Overwatch characters. It didn’t hurt that the League of Legends World Championships were held in Staples center across the street. There were probably several overlapping attendees. Here’s a small preview. 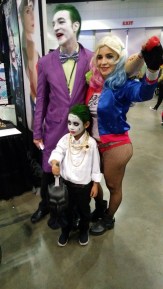 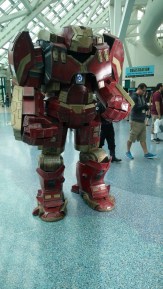 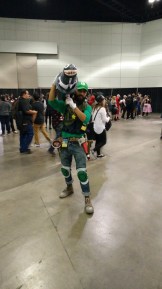 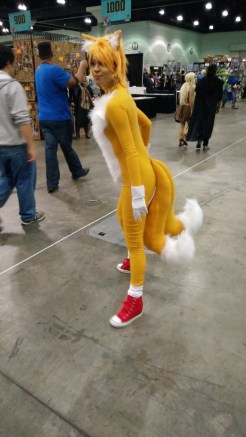 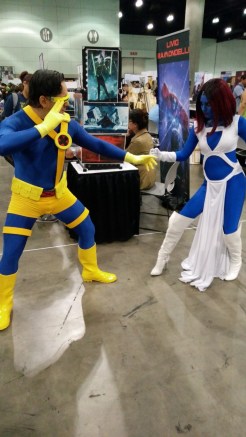 I love this convention. The high production value while staying true to it’s indie roots is one of the unique characteristics of the show. I would hate to start seeing large publishers invade the space. There are several other shows in the area that are perfect for them. Also, it’s nice to have a Stan Lee themed comic con. If you haven’t heard, he’ll be attending less and less shows due to his advanced age. If you want to see Stan Lee, you’ll probably only have a handful of options. So go out and catch him while you can! I give this show my highest rating. 7 thumbs up.